Gary has over 30 years of experience as a global leader. He rejoined TBM after working as Vice President of Operations at ESAB. Gary currently leads TBM's Global Private Equity practice.

Gary has over 30 years of experience working as a senior operations executive, a management consultant and military officer. He currently leads TBM’s Global Private Equity practice and has worked closely with over 20 private equity clients and their portfolio companies across the globe.

Prior to rejoining TBM in 2016, Gary was Vice President at ESAB (a Colfax company).  ESAB is a global leader of welding equipment and consumables with over $2B in annual revenue. Following Colfax Corporation’s acquisition of the business in January 2012, Gary led ESAB’s global business transformation and important portions of the operations integration. This work significantly contributed to improving ESAB’s global operating income from 5.4% in 2011 to 11.6% in 2014. Gary subsequently led operations for the $1B business throughout North and South America. His responsibilities included 12 manufacturing sites, multiple distribution centers, and 2,000 employees across eight countries. He was also President and Chair of the Board of Directors for ESAB’s Conarco business in Argentina.

Gary’s first stint with TBM was from 2002 to 2012. He last led TBM’s European and India practice where he was based out of Frankfurt, Germany. Before this, Gary was responsible for large global client transformations including Nike, Saint Gobain, and Hubbell Electrical Products. He previously held a number of leadership positions at Intel Corporation and was an officer in the U.S. Army.

Gary received an M.B.A. from Vanderbilt University and a B.A. from West Virginia University. 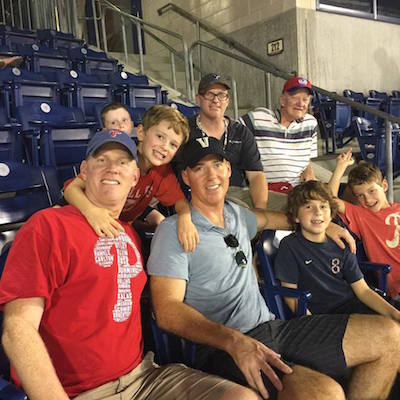 The Big Picture: Do Your People Get It?
4 Best Practices for Successful Acquisition Integration
View All Content by Gary

The Big Picture: Do Your People Get It?