A Better Future Starts with a Full Tummy

“Changing a child’s life for the better doesn’t have to be difficult. Sometimes it’s as simple as providing a nutritious meal.”

No one deserves to go hungry. And people like Tim are doing something about it. Once a year, he rolls up his sleeves and works shoulder-to-shoulder with a team of volunteers from his church to put together food packs for an organization called Feed My Starving Children. The food packs consist of rice, soy, dehydrated vegetables, and seasoning. While it sounds simple, the organization says that its nutritious meal formulas are specifically designed to meet the needs of starving people and to reverse and prevent the devastating effects of malnutrition. For Tim and so many other volunteers that work to support the organization’s mission of eliminating starvation in children around the world, the work being done isn’t just about delivering food. It’s about delivering hope.

Tim, who became involved in his church’s annual event seven years ago, says he gains tremendous satisfaction through the act of serving others. “Everything we do is accomplished in an environment of love and giving,” he says. “You’re making a personal contribution and an instant impact to feed impoverished children.” The food packs are donated to a network of missions and humanitarian organizations that distribute them to those who need them most at schools, churches, community centers, orphanages, and health clinics in more than 100 countries.

Anyone can get involved. Last year, more than 1.3 million volunteers, including children and adults of all ages, supported Feed My Starving Children through food packing events held nationwide. The work changes lives for the better. And being involved in it can change yours, too. 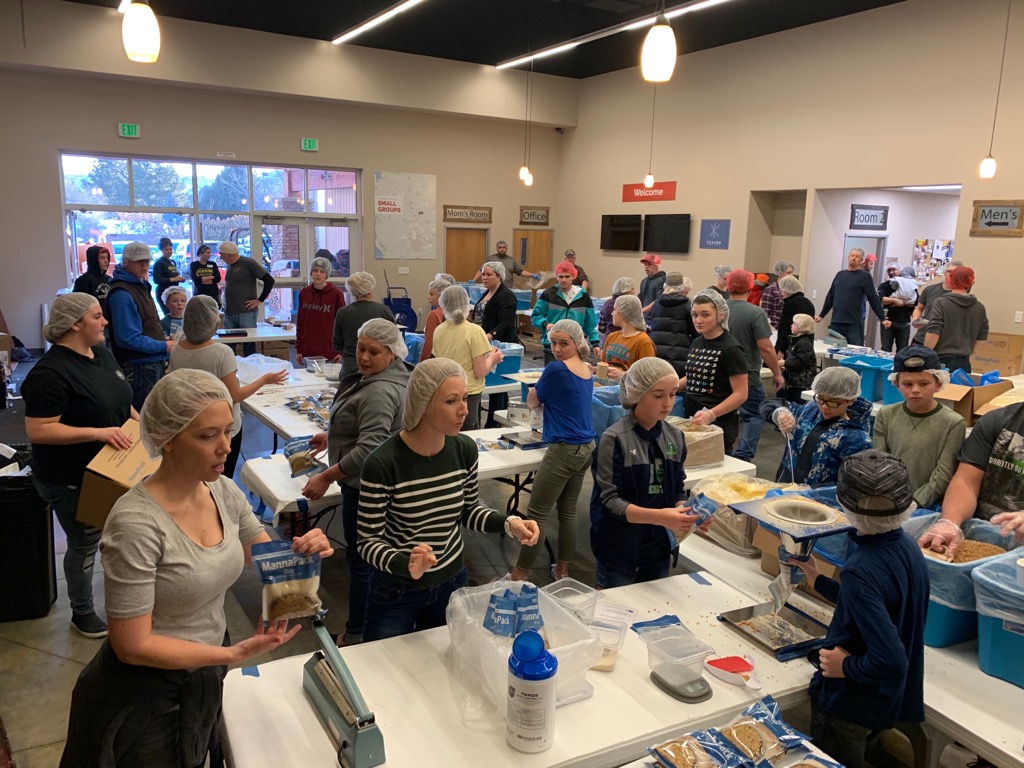 Feed My Starving Children turns hunger into hope by shipping hand-packed, nutritious meals to malnourished children in countries around the world. Learn how you can assist in the fight against world hunger.