Grew share price by 68% in 5 years, eclipsing $1 billion in market capitalization for the first time in over 20 years.

As the 149-year-old company continues its transformation from a single paper mill to a global provider of fiber-based engineered materials, leaders are pushing continuous improvement further to leverage best practices across the growing enterprise.

Ask people to name the world’s most innovative companies, and you probably won’t hear them say Glatfelter, a publicly held global fiberbased engineered materials manufacturer based in York, PA. But if necessity is the mother of invention, then Glatfelter is the patriarch of reinvention.

The company is a shining star in an “old economy” industry not only due to a demand-driven product-development strategy, but also because leaders are pushing their Continuous Improvement (CI) program to a higher level of Operational Excellence maturity across the 11-site organization. By moving from the tools stage to the systems stage, Glatfelter expects its CI efforts to yield more cost savings and increased profit potential.

Growth is one driver. From 2005 to today, Glatfelter has grown from $500 million in revenues to nearly $1.7 billion through product-line-expanding strategic acquisitions.

“As we acquired different entities we inherited a wide range of continuous improvement knowledge and capabilities,” says Chris Astley, VP of Corporate Strategy. “Dante Parrini, our Chairman and CEO, decided it made sense to leverage pockets of internal CI best practices—particularly in our Specialty Papers Business Unit—and package it into a comprehensive and consistent program that we could call Glatfelter’s Continuous Improvement program.” 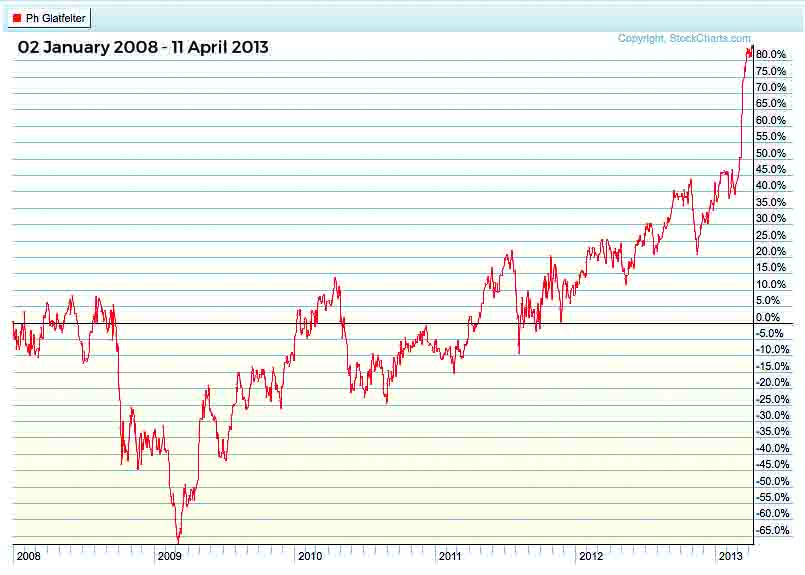 Astley said a more standardized approach should accelerate knowledge capture and learning so that CI efforts will drive quicker benefit capture. “Our goal is to create an environment in which we’re all speaking more or less the same language. We don’t want people wasting time reinventing the wheel as they work to implement CI methodology across the enterprise.”

The need to be faster and more successful with the application of CI is becoming a more common goal for companies such as Glatfelter that have mastered a certain number of CI tools and practices over the years, but now require bigger results to remain competitive. TBM VP Ken Koenemann describes this as the “tools stage” of Operational Excellence maturity.

“At this stage, the process improvements are obvious if you walk through the factory—these could include dramatic inventory reductions and productivity improvements, and cleanliness if 5S is emphasized,” Koenemann says. “Although these efforts may not have always made a significant impact on the P&L statements, at least not yet.”

As many manufacturers did in the 1990s and early 2000s, Glatfelter used some CI tools on a selective basis, such as kaizen and SMED; but it did not, as a company, adopt a system-wide CI strategy. Then in the mid- 2000s, the business unit now called Specialty Papers started a more aggressive CI program in response to mounting competitive pressure in a rapidly changing market. Again, Glatfelter followed the practice of many other companies at the time in linking CI results to annual sales goals.

“The program was primarily focused on what I would call strategic projects,” Astley explains. “Instead of it being CI at the shop floor level, it focused on projects that engaged the larger population and would enable the company to achieve budget goals or provide some cushion if unexpected setbacks occurred during the year.”

Then, a string of acquisitions added more variety and complexity to the CI programs at Glatfelter.

“Up until two to three years ago, CI was not particularly coordinated at the enterprise level,” Astley says. “It was very specific to each facility.”

Parrini, then EVP and COO, started the coordination effort by hiring Astley in 2010 and putting him in charge of facilitating the development of Glatfelter’s global corporate strategy, global M&A and CI. At the same time, Glatfelter invested in hiring a Global Director of CI, reporting to Astley. After an initial assessment period, TBM was engaged to support development of a system-wide CI program. Initial efforts focused on a roll-out of the CI roadmap tool, developing a core set of CI training modules, and evaluating the merits of implementing a Managing for Daily Improvement Program.

“When we think about CI, we think about it from the shop floor all the way up to the C-suite,” Astley explains. “Most recently, we have put more emphasis on the shop floor supervisory level with Managing for Daily Improvement, which is intended to get people at the operational level focused on day-to-day or hour-to-hour problem solving. Prior to MDI, we had not executed very robust training at the operational floor level that included all of the elements of CI.”

An evolving aspect of Glatfelter’s transformation is how goals are set, and performance measured. Traditionally, Parrini sets a company-wide CI target as a percentage of net sales. But Astley says there is a shift in thinking as the company’s CI efforts mature.

“While our thinking is still evolving, we are starting to consider tools such as strategy deployment to cascade higher-level strategic goals down to the business unit and facility level.”

"We put more emphasis on the supervisory level with Managing for Daily Improvement, which gets operations people focused on day-to-day or hour-to-hour problem solving.” — Chris Astley, Glatfelter

As part of that, the company has chosen one of its European facilities to be a CI model site, where they will identify the full improvement potential of the facility and then develop a CI program to fulfill that potential. If it proves successful, Astley hopes to be able to roll out the program to other facilities, thereby creating the infrastructure to deploy strategic-level goals through CI. Astley said, if done well, strategy deployment can be an attractive alternative to setting a singular net-savings goal because it is more transparent and more easily translated from the C-suite to all other levels of the company.

“We have a lot of work to do,” he says. We are just at the beginning, but we’re making meaningful, consistent progress. While the journey is just beginning, we believe there is significant future value to be created for all of Glatfelter’s constituents.”

Glatfelter’s ongoing strategy for counteracting the decrease in traditional paper use has focused on niche specialty papers (such as for food grade applications, i.e., candy wrappers and hot dog trays; and highend color packaging applications, i.e., cosmetics and perfumes); engineered materials (such as airlaid materials for sanitarycare products); and composite fibers (such as the paper used in coffee pods, traditional tea bags and nonwoven wallpaper base).

The company has used both acquisitions and aggressive new product and new business development to offer a variety of products into growth markets.